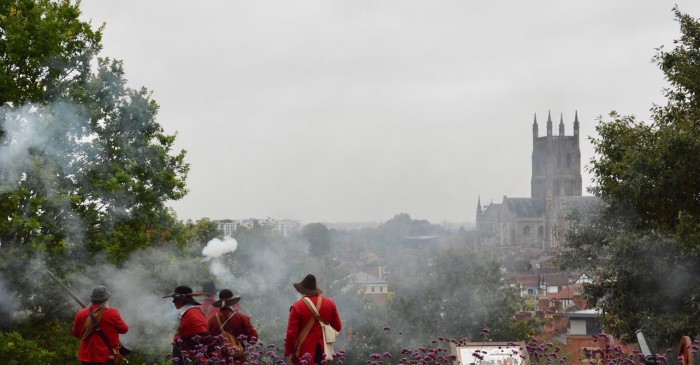 Commemoration of the Battle of Worcester 3rd September 1651 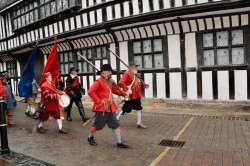 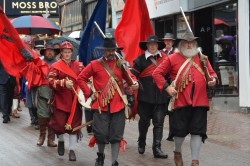 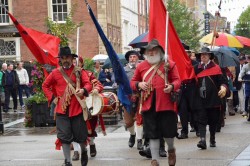 New street was an important place as it joins Friar Street that leads to Sidbury and The Commandery. The defenders of Worcester were slaughtered at Fort Royal and other places in Worcester.

Towards the end of the battle King Charles 11 escaped along New Street to Nash's Passage and escaped the city. Some 4000 were left dead in the streets and around the city.

This year's commemoration takes place from 4pm Starting at the Guild Hall on Saturday 1st September with a parade to the Commandery.

A reception will take place at the Commandery with a march to Fort Royal with a Drum Head service and the firing of canon.

Made with SimDif
Browse Look Books